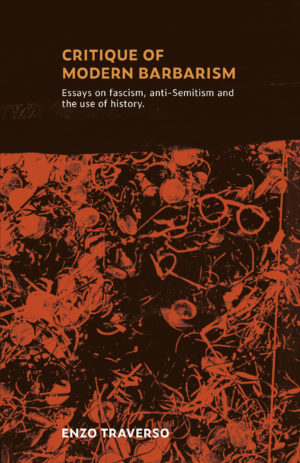 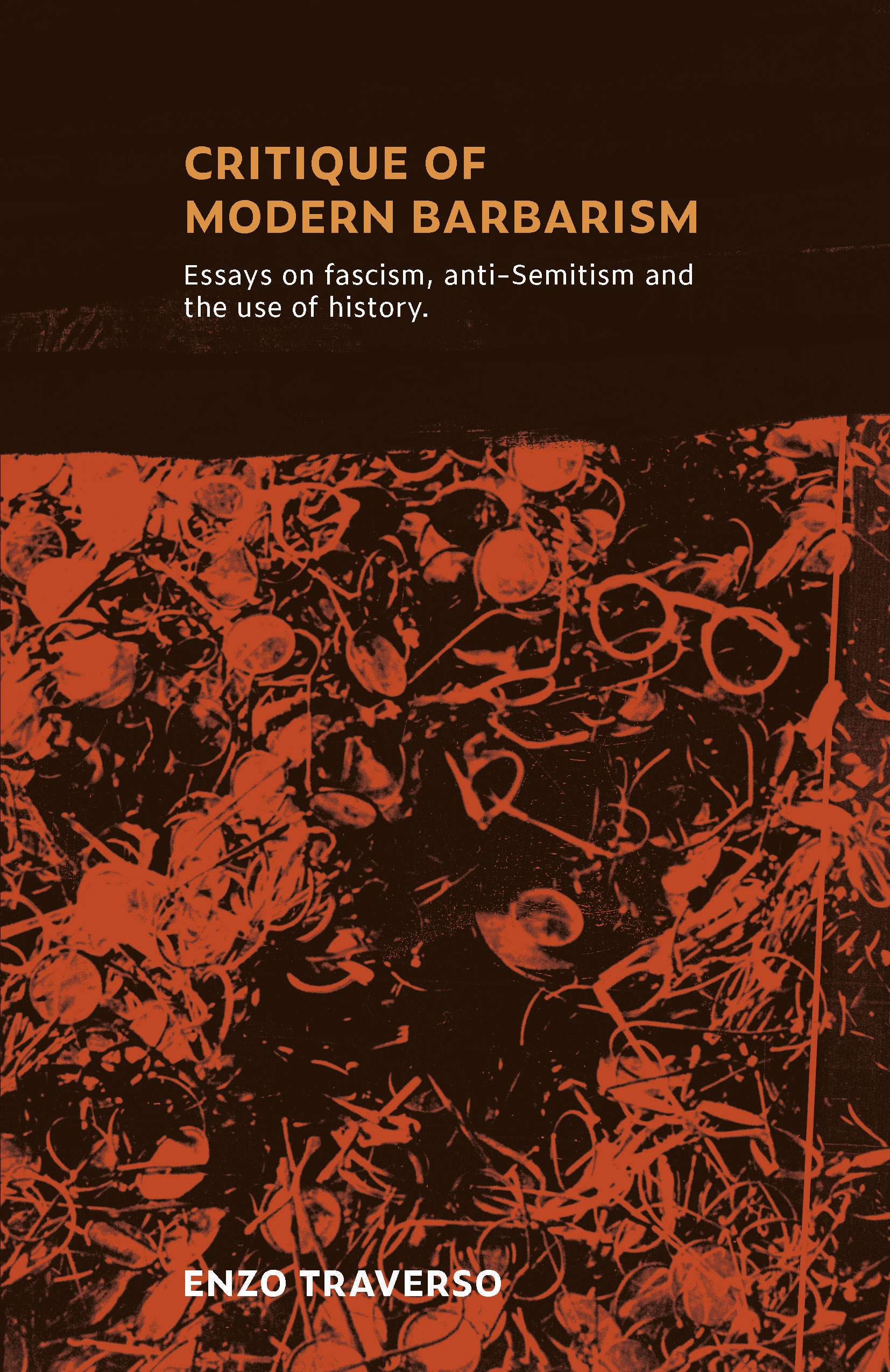 CRITIQUE OF MODERN BARBARISM
Essays on fascism, anti-Semitism and the use of history

Published by the International Institute for Research and Education (Amsterdam)

“The essays and book chapters collected in this remarkable volume represent a watershed in the history of Marxist critical thinking. For the first time, a comprehensive reflection of the historical meaning of Auschwitz as a “civilisational break” is developed, from a Marxist viewpoint which critically analyses the limitations, and sometimes blindness, of most Marxist writings on the Holocaust. In our days, when post-fascist or neo-fascist regimes are in spectacular rise on a planetarian scale, this book is not only timely: it is an indispensable intellectual tool for the resistance against Barbarism.”- Michael Löwy

In this new collection of essays, Enzo Traverso examines the relationships between anti-Semitism, modernity and the Holocaust.

Traverso analyses multiple dimensions of the destruction of the European Jews, debates over the historical memory and left-wing debates on the nature of anti-Semitism.

Inspired by the critical theory of the Frankfurt School and the heterodox Marxism of a thinker like Walter Benjamin, Traverso argues that after Auschwitz,  critical thought needs to reconsider the notion of progress as such.

Enzo Traverso is the Susan and Barton Winokur Professor in the Humanities at Cornell University. His publications include more than then authored and edited books and are widely translated. His recent books include: The New Faces of Fascism, Populism and the Far Right, Verso, 2019; Left-Wing Melancholia: Marxism, History, and Memory, Columbia University Press, 2017, The End of Jewish Modernity, Pluto Press, 2016; Fire and Blood: The European Civil War, 1914–1945, Verso, 2016; The Origins of Nazi Violence, New Press, 2003.

He worked at the IIRE from 1989 to 1991. Part of this book was published as Understanding the Nazi Genocide: Marxism after Auschwitz, IIRE & Pluto Press, 1999.

Part III – The left and anti-Semitism