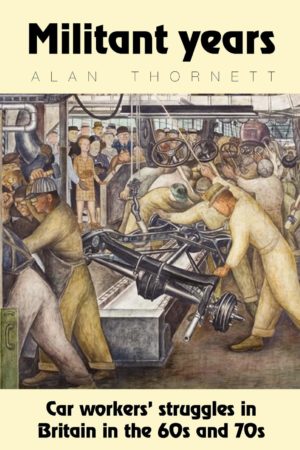 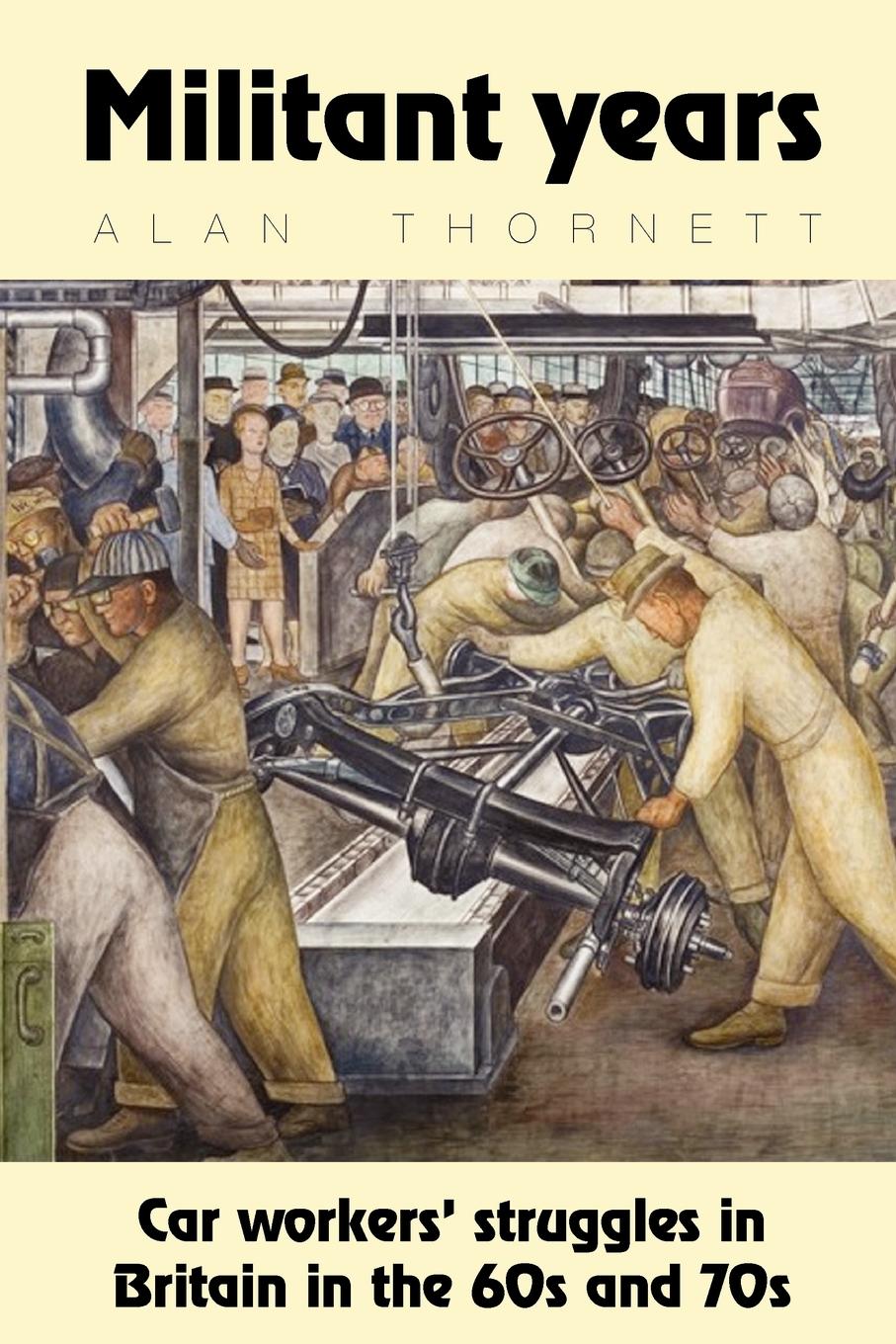 Militant Years
Car workers’ struggles in the 60s and 70s

This book is a unique account of trade union and political struggles in the Morris Motors (later British Leyland) car assembly plant in Cowley, where Alan Thornett began work in 1959. He became a shop steward for the lorry drivers, deputy TGWU convener for the plant, and chair of the Joint Shop Stewards Committee and of the TGWU branch.

The plant was rarely out of the headlines in the 1960s and 1970s, which was the high point of trade union militancy in Britain in the 20th century. After a successful struggle for unionisation, the Morris plant was by the end of the 1960s amongst the most militant in the industry, averaging over 300 strikes a year. Working conditions were transformed and a vibrant shop floor movement built. The plant was involved in the strikes against In Place of Strife, Harold Wilson’s attempt at anti-union laws, and against Heath’s Industrial Relations Act, which led to the jailing of the Pentonville Five.This rise of militant trade unionism, however, was bitterly opposed by TGWU officials who worked tirelessly with management to destroy it. The battles this involved, both within the union and in the plant, are vividly described.

The book traces how these actions of the trade union establishments reflected institutionalised class compromise, which directly threatened the gains of the 60s and 70s, and which opened the door to the Tory onslaught of the 1980s. It led directly to the betrayal of the NGA by the TUC at Warrington in 1983 and its collapse under Tebbit’s anti-union laws. It also led to the isolation and defeat of the miners in 1985, which has been so destructive to the trade union movement, and from which the unions have not even started to recover.