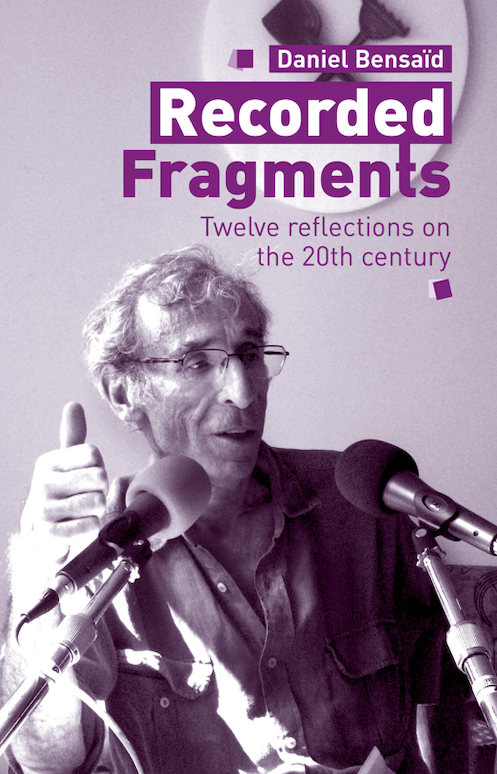 ABOUT THE BOOK
These interviews with Daniel Bensaïd were broadcast in 2008 on the radio station Fréquence Paris Plurielle. Through them, Bensaïd gives his insight into twelve significant events including the October Revolution, the Spanish Civil War, the assassination of Lumumba, the 1973 coup in Chile, and the fall of the Berlin Wall. These milestones of the ‘short twentieth century’ are necessarily a biased and partial choice. In this book, one reads some of the main analyses that structure Daniel Bensaïd’s thinking at the beginning of the 21st century.

ABOUT DANIEL BENSAID
Daniel Bensaïd was born in Toulouse in 1946. He became a leader of the 1968 student movement and subsequently of one of France’s main far left organizations (Ligue Communiste Révolutionnaire) and of the Fourth International.He is the author of Marx for our Times, Verso: 2010, Strategies of Resistance, Resistance Books: 2014 and An Impatient Life, Verso: 2015. He died in Paris in 2010.

The publication of the French edition of the book is the result of the collective work of Robert March, Jacqueline Guillotin, Come Pierron, Guillaume Garel, Marion Druart, Hegoa Garay and Olivier Neveux who transcribed and corrected the interviews. Thierry le Bail did the cover design. Thanks again to Louis Weber and the publisher of Le Croquant, to the whole team of Fréquence Paris Plurielle and of the show Les oreilles loin du Front, Laurent and Gwenn from the group Sous la Ruine, Camille Jouve, Alexandre Guérin and Christine Poupin, Pierre Barron and Patrick Le Moal.

The recordings were produced by Pierre Barron, Marion Druart, Guillaume Garel and Gwenn Sanchez. The audio version of all the episodes recorded by Daniel Bensaïd is available at  http://www.loldf.org/bensaid/bensaid.html

Preface:  Against the discourse of fatalism  – Michael Löwy,

‘In Bensaïd’s work we can salvage certain missed encounters: between a Trotskyism focused on economics and politics and a western Marxism focused on philosophy and aesthetics; between dominant trends of English-speaking Marxism and of continental European Marxism; as well as between academic Marxism and that of political activists; and between two generations of activists, that of 1968 and that of the 2000s, whose experience, inspiration and practice is very different.’
Cinzia Arruzza, author of Dangerous Liaisons: The Marriages and Divorces of Marxism and Feminism, and co-author of Feminism for the 99%

‘Daniel Bensaïd was one of the most creative, imaginative and sharpest minds in the contemporary history of Marxism, in France and beyond. He had the gift of combining fidelity to our Great Ancestors – Marx, Lenin, Trotsky – with an extraordinary open-mindedness and boundless curiosity.’
Michael Löwy, author of The Theory of Revolution in the Young Marx, and of Why Ecosocialism: For a Red Green Future.