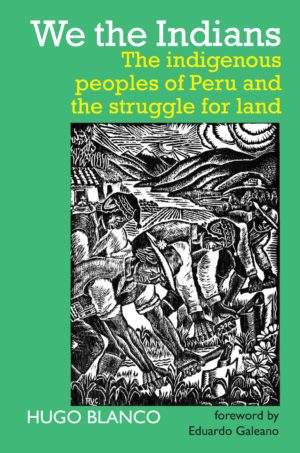 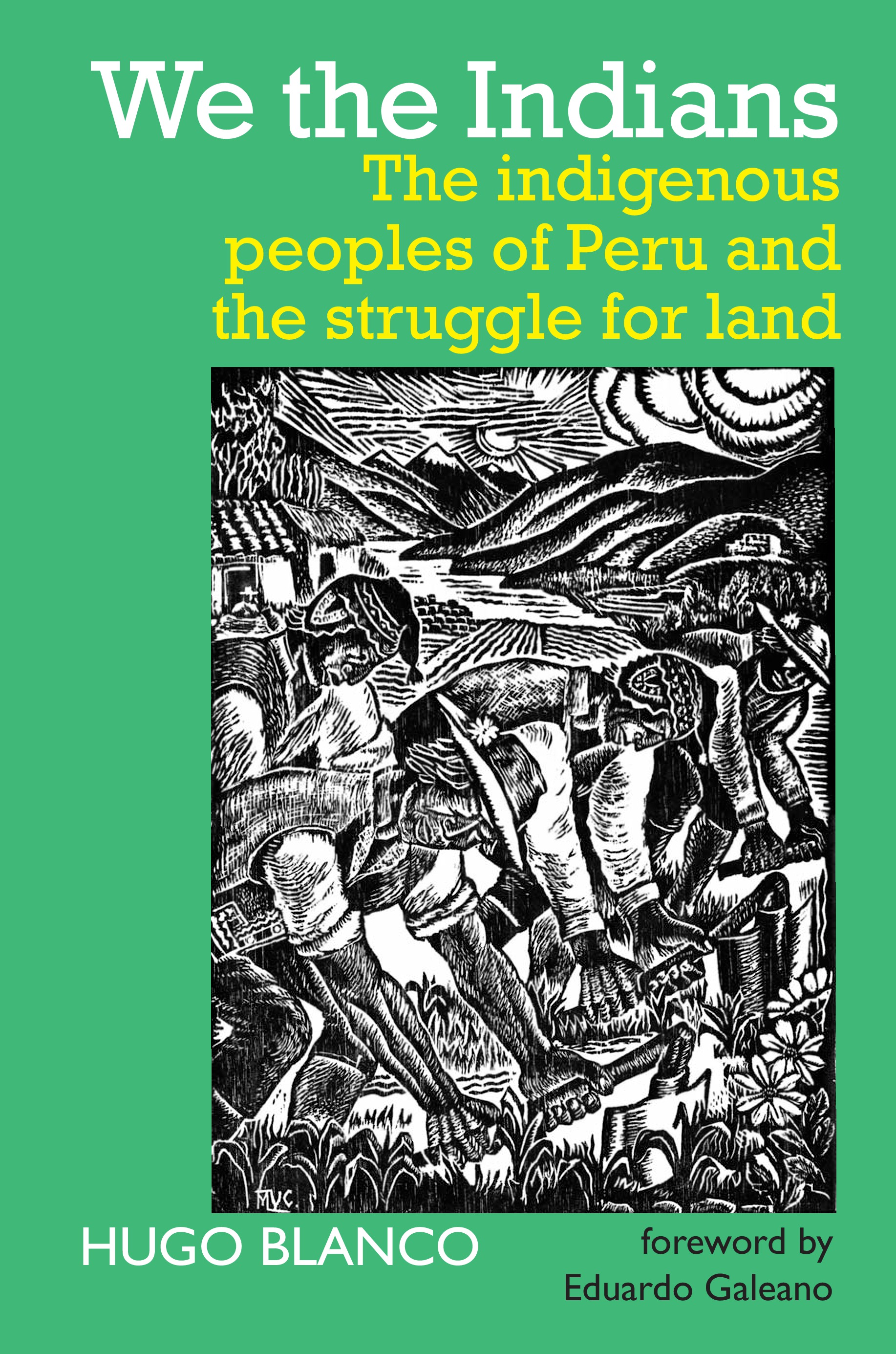 with a foreword by Eduardo Galeano

Published by Resistance Books, Merlin Press and the IIRE

We the Indians is issue no. 61 of the IIRE Notebooks for Study and Research

CHAPTERS: The struggle for land; More on the struggle for land; I saw blood in Pucallpa and Bagua; Reflections of a son of Pachamama (Mother Nature); Racial discrimination; Koka Mama (Mother Coke); My last Andean struggles; Walker there is no path; Paths are made by walking; Correspondence with Jose Maria Arguedas; Indigenous culture and neoliberalism – Jose Maria Arguedas and Mario Vargas Llosa; Another world is possible.

“A red thread runs through these beautiful, scattered reflections, polemical interventions, autobiographical vignettes, and letters – Hugo Blanco’s unwavering stand with the oppressed, and belief in their capacity for self-emancipation. Jailed, exiled, tortured, his spirit of sedition never seems to wane. From student militancy, to factory organizing, to mobilizing with the landless, Blanco’s first political decades in Peru and Argentina set on course a long life of resolute antagonism to the tyranny of capital across several continents. Sensitive to changing winds, Blanco’s particular theatres of struggle have altered over time. In accordance with novel developments in capitalism, as well as new modalities of resistance emerging all around him, at home or in exile, he has adapted, without losing sight of his north star. Of late, the terrain has shifted again. Indigenous liberation and ecological justice have moved to the foreground. Blanco has followed community struggles into their uprisings against the latest iterations of extractive capital in Latin America – multinational mining, agro-industry, and natural gas and oil. A recovery of indigenous communal traditions from the pre-capitalist past is wedded –in Blanco’s words, and in these movements themselves – to a forward-looking vision of a post-capitalist future.  An open dialectic rather than an arid dogmatism. Abundant in riches that speak to our unhappy times, Blanco’s collection calls out to be mined with revolutionary haste.”

– Jeffery R. Webber, Author of The Last Day of Oppression, and the First Day of the Same: The Politics and Economics of the New Latin American Left

“Hugo Blanco is an inspiration.  In his 80s but still intensely active in struggles for liberation, ecology and socialism, he reminds us that crisis of climate change and other environmental catastrophes is a product of an entire social and economic system of extractive capitalism.  There are many lessons we can derive from the vivid tales narrated so accessibly in this book. Hugo shows, precisely, that we must fight for change in a fashion which is both militant and practical. ”

– Derek Wall is a former principal speaker of the Green Party of England and Wales and the author of a number of books including The Rise of the Green Left: Inside the Worldwide Ecosocialist Movement, and Elinor Ostrom’s Rules for Radicals .