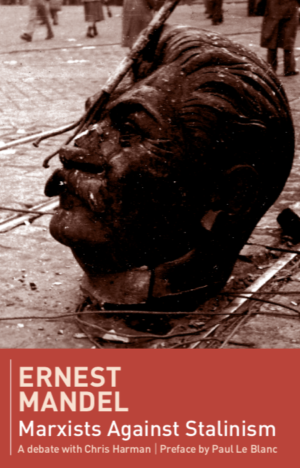 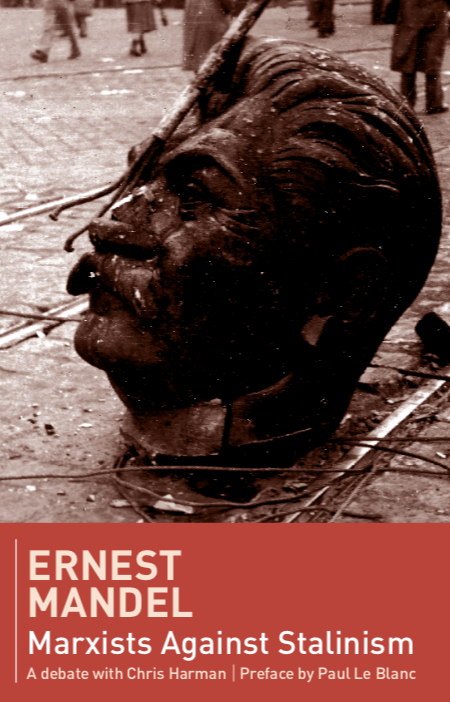 Marxists against Stalinism
by Ernest Mandel

A debate with Chris Harman
Preface by Paul Le Blanc

As the USSR disintegrated in 1990 and 1991, the Socialist Workers Party and the Fourth International took different views of the impending privatizations. Marxists Against Stalinism brings together powerful contributions from Ernest Mandel and Chris Harman in the long-running debate on the class nature of the USSR.  Chris Harman argued that Soviet Union and the other “socialist” countries were bureaucratic state-capitalisms. On the other hand, Mandel argued that the Soviet Union had degenerated under the bureaucratic dictatorship of Stalin but had not reverted to a form of capitalism. Both Mandel and Harman made a significant contribution to the development of Marxism during their lifetime. Paul Le Blanc provides an introduction that looks back at the debate 30 years on.

Marxists Against Stalinism is the second in a series of selected writings by Ernest Mandel. The first volume is Introduction to Marxist Theory and the third will be Hope and Marxism: Selected Theoretical Essays.

Ernest Mandel (1923-1995) was an activist as well as a theorist, and a leading figure in the Fourth International.  He is perhaps most widely known for his economic analyses, presented in Marxist Economic Theory (1968), The Formation of the Economic Thought of Karl Marx (1971), Late Capitalism (1975), Long Waves of Capitalist Development (1978), as well as his substantial introductions to the three volumes of Marx’s Capital.

Chris Harman (1942–2009) was the editor of Socialist Worker and a leading member of the Socialist Workers Party in Britain. He wrote many articles, pamphlets and books including Class Struggles in Eastern Europe (1998), The Lost Revolution: Germany 1918 to 1923 (1997), and Zombie Capitalism: Global Crisis and the Relevance of Marx (2009).

Paul Le Blanc is the author of works on the labour and socialist movements, including Lenin and the Revolutionary Party (1990), From Marx to Gramsci (1996), and Leon Trotsky (2015).  He is an editor of the eight-volume International Encyclopaedia of Revolution and Protest, and a co-editor of The Complete Works of Rosa Luxemburg.

Published by
Resistance Books, London (resistancebooks.org) and
the International Institute for Research and Education, Amsterdam (iire.org)